Alright. To be honest Praise app is by no means in development. There is an idea. The design and the prototypes are just supporting the idea. Here I’ll stretch out what this app is about \o/

Privacy can be defined as a fundamental human right.1

We think the General Data Protection Regulation2 of the European Union is one of the greatest archivements in the 2010 decade. The long title is: “Regulation on the protection of natural persons with regard to the processing of personal data and on the free movement of such data, and repealing Directive 95/46/EC (Data Protection Directive)” and somehow also works as a summary of what this regulation is about.

Since companies started collecting private data we have seen some serious problems. Many companies’ business model circling around making profit out of private data by selling information to other companies. Everone knows that. We basically have accepted that. Mainly because we get great apps in return. But what looks as a fair exchange is not fair at all. We give our valuable attention and private data to get likes and attention.

“The Facebook data privacy scandal centers around the collection of personally identifiable information of “up to 87 million people” by the political consulting and strategic communication firm Cambridge Analytica.”

Surfing the web (or using an app) without protection is the digital equivalent to having sex with hundreds of people per day, without a condom. It’s not safe. It’s not something you should do. Especially when you don’t know all the middle man and their microphones and cameras in between you and your recipient. They film your sexual intercourse and sell that to bed manufactures and pillow makers.

The fix: Social sharing, but safe 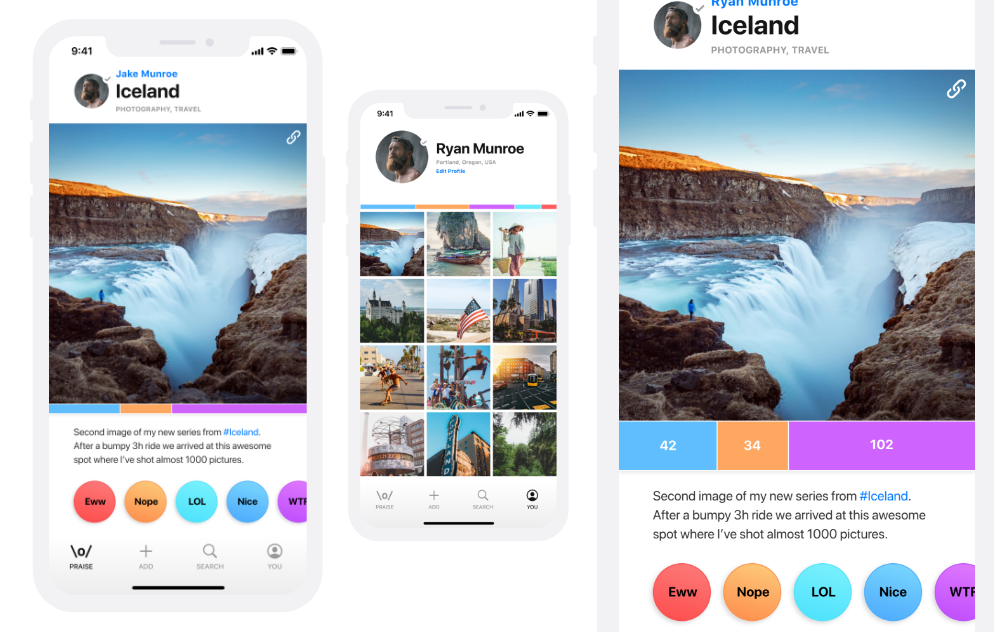 Now it gets interesting! We have some nice features planned.

There is for example the quantify bar. It shows how people have interact with the post. Simply tap on the bar to reveal the data behind.

Looking into details we also provide an quantify bar on every profile. The user itself can decide whether he wants to show the data or not!

The data gets generated via user voting on each image. You can simply tap on the respective button or leave a comment by scrolling.

Ah. Cool. But how do you make money, if not selling user data?

Profit is not something we strive for! We see a greater good than money. As we continue on the app we see us more as a Zebra. “Zebra companies are both black and white: they are profitable and improve society. They won’t sacrifice one for the other.”

Users happily paying 1,99€ per month in order to have full access. (subscription model) This will help us financing a safe and reliable technical infrastructure and further development of features, etc..

If the user base is growing we can pay more people in order to make changes to the app even faster. Sounds simple? Well it is. 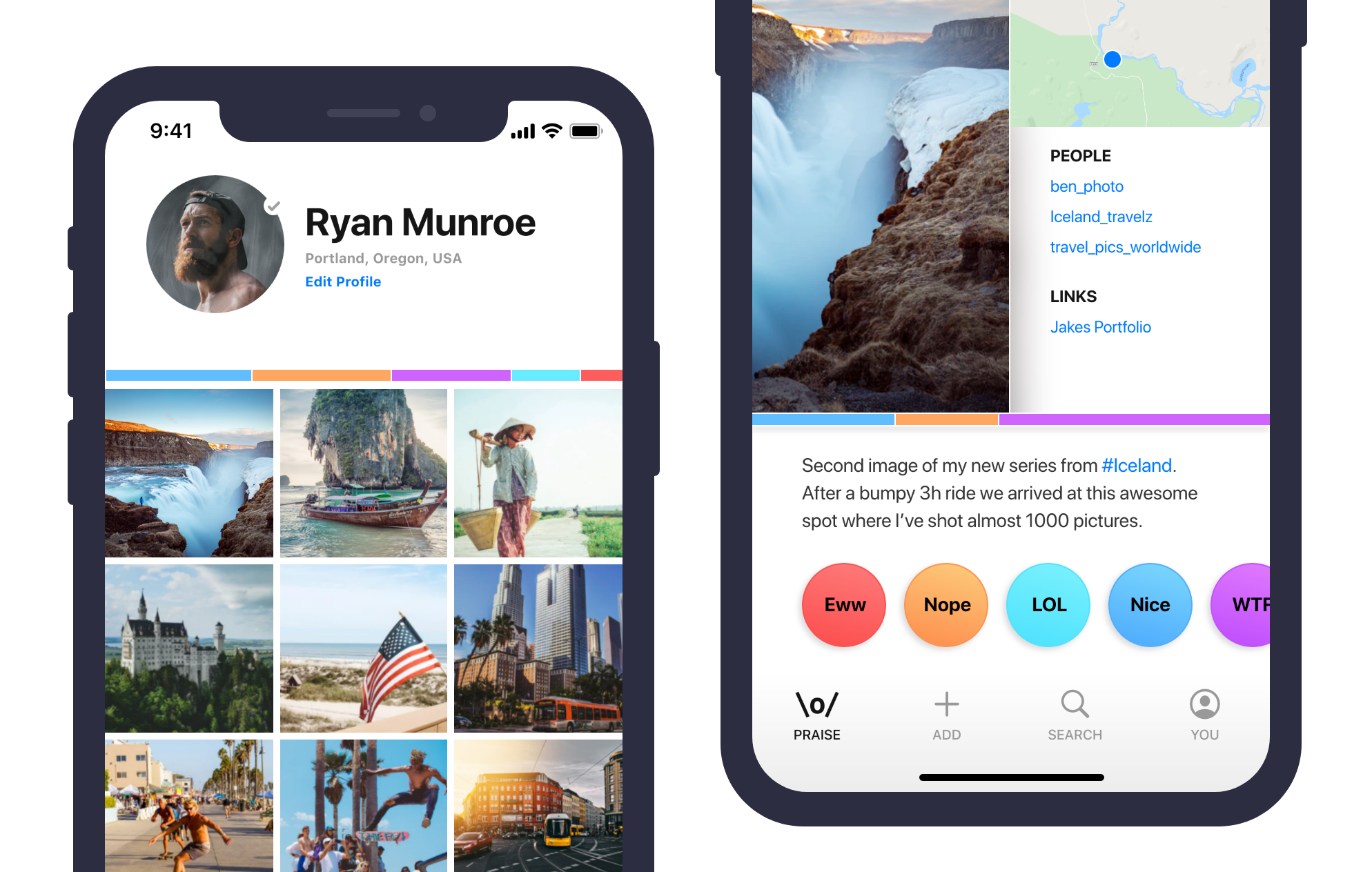 Tell me what you think

It’s a concept. For now. This should happen, though. We talk about that topic all the time. With colleagues, friends and internet people. Discussing the implication and issues and everything in between.

If you have any questions or feedback. Please let me know by mail or Twitter. Are you a developer sharing these view > hop on! We always looking for talented people with the same vision. 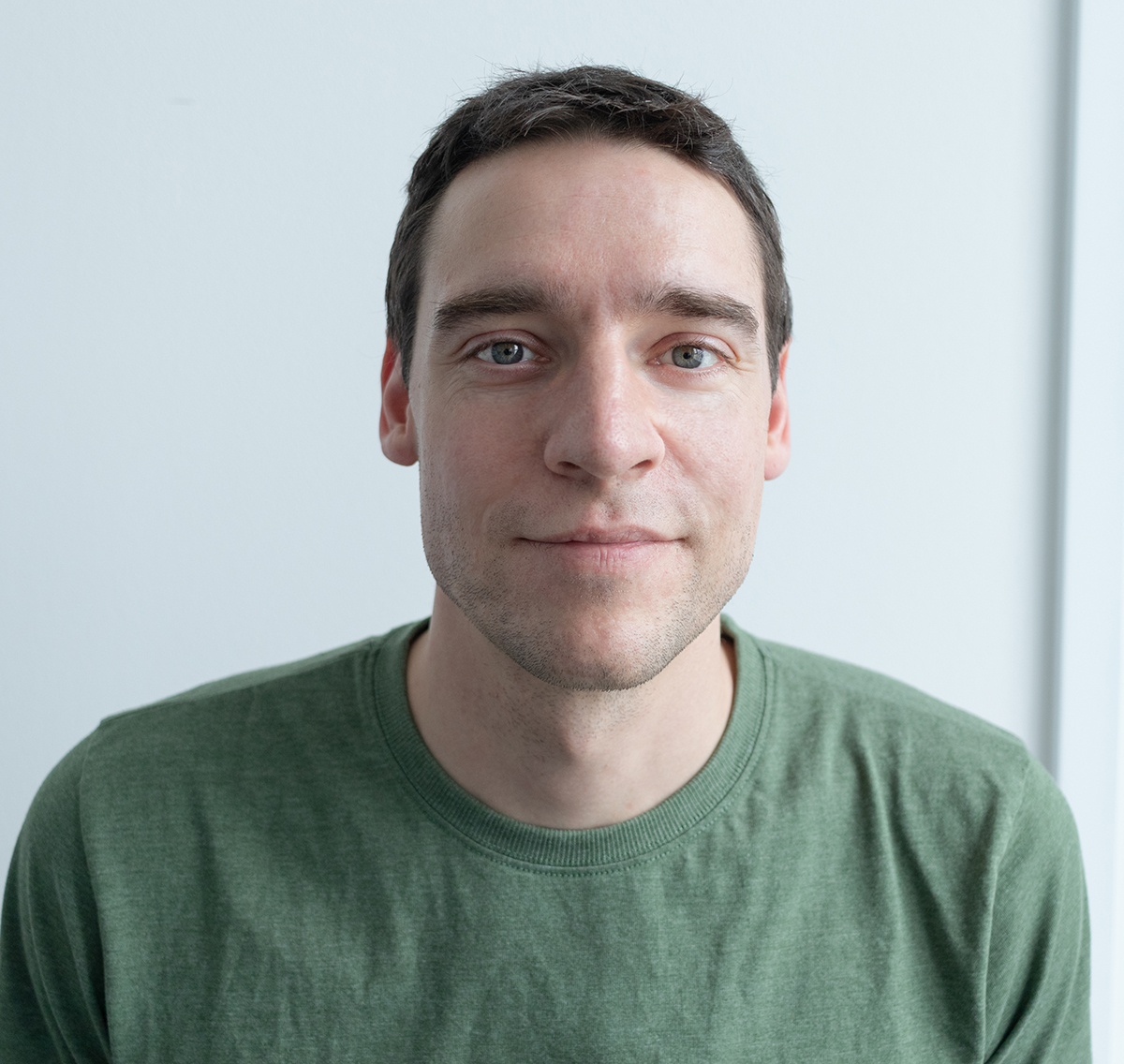